Groundhog Day: Secrets of Success and Seduction from the Classic Movie

Added to wishlistRemoved from wishlist 0
$17.99 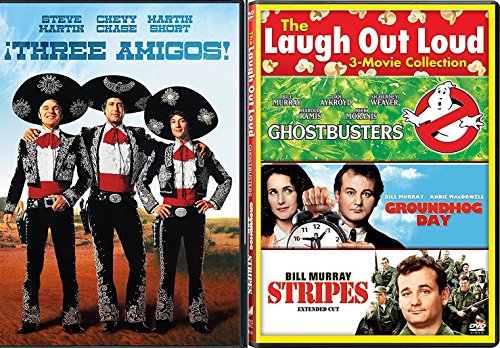 STRIPES – When quick-witted slacker John Winger (Bill Murray) loses his apartment, girlfriend and job all in one day, he decides to embark on a new adventure: he joins the US Army, nearly starting WWIII. Featuring an additional 18 minutes of hysterical footage, the STRIPES Extended Cut is one of the funniest military spoofs of all time. And that’s the fact, Jack!

THREE AMIGOS – (DVD) The Three Amigos are a silent screen comedy act whose act has seen better days. But when they find themselves in a small Mexican hamlet terrorized by bandits, the time has come for the Three Amigos to play their roles for real in this hilarious all-star comedy.